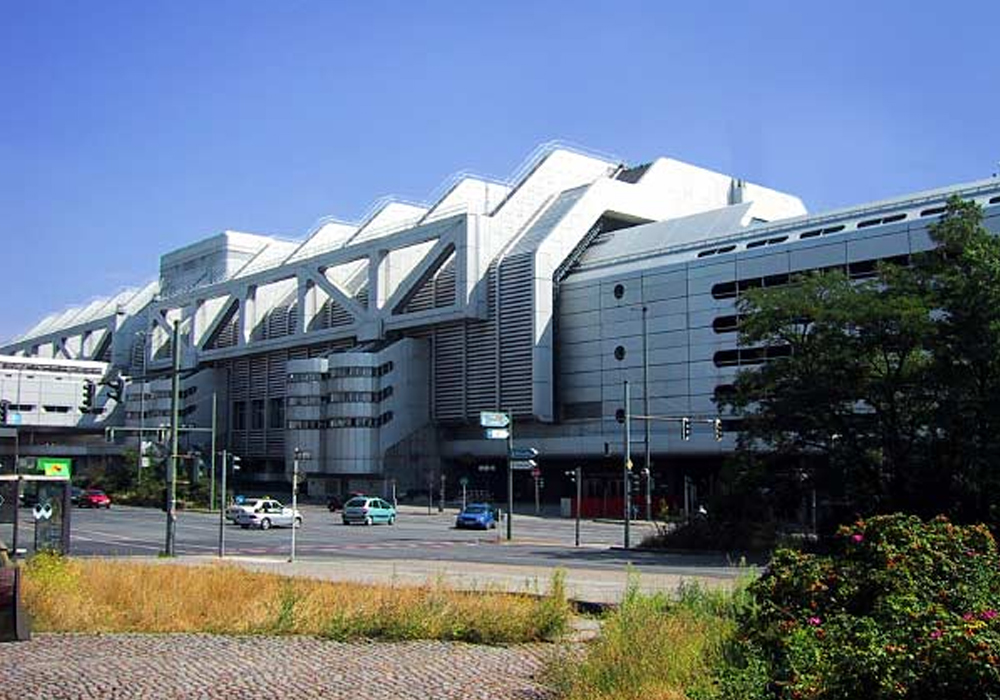 The international Congress Center (ICC) with attached car park is located on an approximately 27.000 m2 floor space. The structure is a total of approximately 320 m long and approximately 80 m wide and thus comprises a total of approximately 1.1 million m3 of enclosed space. Particular attention should be paid to the „house in house“ construction with two independently acting structures for outer shell and hall complex, as well as the supporting structure with the up to 3.300 t heavy reinforced concrete bulkheads (hall complex) and put to 800 t heavy steel girders (roof construction of the outer shell). Characteristic of the building are also the extensive home technology and the high proportion of asbestos and artificial mineral fiber (KMF), which were mainly used as sound insulation (anti-drone-mats). 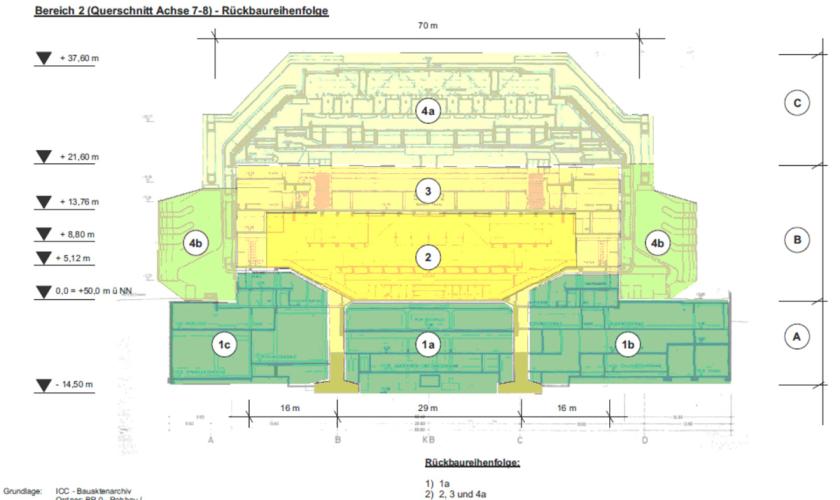 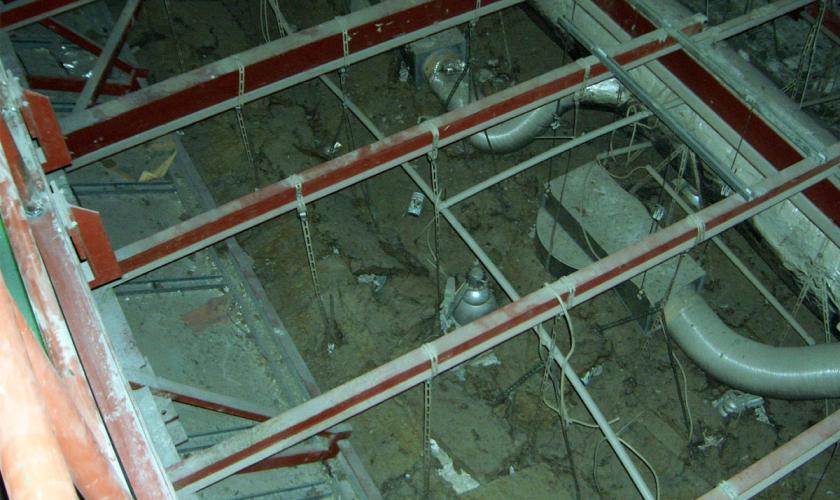